Pentagon Weighs Proposal to Send Dozens of Troops Back to Somalia

The plan for a “train and assist” mission would partly reverse President Donald J. Trump’s withdrawal of nearly all American ground forces from the country.

WASHINGTON — The Pentagon is developing a proposal to send dozens of Special Forces trainers back to Somalia to help local forces combat Al Shabab, the terrorist group affiliated with Al Qaeda — a step that would partly reverse President Donald J. Trump’s abrupt pullout of nearly all 700 American troops from the country in January.

Mr. Trump’s order to withdraw ground forces from Somalia underscored his desire to end long-running military engagements against Islamist insurgencies in dysfunctional states in Africa and the Middle East, a grinding mission of low-intensity warfare that has spread since the Sept. 11, 2001, attacks.

The desire by some military policymakers to return to Somalia offers a glimpse into the challenges the Pentagon could face in advising Afghan forces from a distance after carrying out President Biden’s order to withdraw the last 3,500 American troops from Afghanistan, especially if the Taliban then make serious gains there.

John F. Kirby, the Pentagon spokesman, declined to comment on the Somalia proposal.

The proposal has not yet been presented to Defense Secretary Lloyd J. Austin III, officials said, and it is not clear whether Mr. Biden would approve such a plan. Among other challenges, the idea is also running into an unresolved policy debate over developing new rules for counterterrorism “direct action” like drone strikes away from active war zones.

The Biden administration placed new limits on such strikes when it took office on Jan. 20, to give it time to develop a permanent policy. Where the Trump administration set broad rules for strikes in particular countries and delegated authority to commanders in the field about when to carry one out, proposals for strikes are now routed through the White House.

The White House has since rejected a handful of requests by the military’s Africa Command to carry out drone strikes against Shabab targets in Somalia because they did not meet the new standards, three American officials said. It tentatively approved other proposed operations, but conditions on the ground have not yet come together in a way that would allow them to proceed, they said.

As a result, nearly five months have passed since the United States has carried out any airstrikes in Somalia — a sudden and significant pause to a drone war there that stretched back to the Obama years. The cessation is offering an unfolding experiment in what it means to permit Islamist militants to operate with little intervention — and generating mounting impatience among military officials chafing at what they consider to be lost opportunities, officials said.

In the meantime, a confluence of events in Somalia, including political infighting among factions and the withdrawal of most American troops, has emboldened Al Shabab in the past several months and worsened what tenuous security existed in many parts of the country, senior American officials said.

In the latest attack on Tuesday, at least 10 people were killed and 20 injured when a suicide bomber struck a military camp in Mogadishu, partly run by Turkey, where dozens of young recruits had gathered.

Proponents of stepping up counterterrorism activities in Somalia say it is important for the United States to continue strikes on militants and to help train government forces to prevent their territory from becoming a haven for planning terrorist attacks. But some analysts expressed pessimism about what could be accomplished there, citing Somalia’s deep-seated political, economic and security problems.

“Absent a more comprehensive overhaul to the U.S. approach, neither military trainers nor drone strikes will be sufficient to change the trajectory of the conflict, which weighs heavily in Al Shabab’s favor,” said Tricia Bacon, a Somalia specialist at American University in Washington and a former counterterrorism analyst for the State Department.

“Unfortunately, there is no military solution to the conflict,” she said.

Under the Trump-era rules, the United States carried out 52 drone strikes in Somalia in 2020 and 63 the year before, almost all against Al Shabab with a handful of attacks against the Islamic State in Somalia. The military conducted six more strikes in the final days of the Trump administration, but it has not carried out any since Mr. Biden became president.

When the Biden administration imposed the new limits on such strikes, it initially envisioned devising a new set of rules for drone strikes as part of a 60-day review of counterterrorism policy. The talks have now extended for almost five months.

The delays have been driven by a number of factors, including uncertainty about how far away drones that can carry out strikes in Afghanistan will be based — where the new rules will also apply after American ground forces pull out — and competing priorities for the use of surveillance craft used to watch who is coming and going from a strike zone.

Policymakers are wrestling with questions like whether to tighten a requirement of “near certainty” that no civilians will be killed so that it always protects adult men, not just women and children. They are also considering whether a newly appointed leader of an Islamist militant group can be targeted based on his position alone and without knowing much else about that person, or whether more should be learned about his actions and intentions first.

Two officials said the administration was now planning a set of “table top exercises” to test how various rules would play out.

When it comes to policy for East Africa, a number of basic issues remain unresolved. Officials are still working to define the mission in the region, with the options including a limited goal of strikes to protect against threats to the American homeland, attacking threats to American embassies in the region and protecting American “interests” as broadly defined as countering attacks that could destabilize Somalia’s fragile government.

A Defense Intelligence Agency threat assessment this spring concluded that Al Shabab’s 5,000 to 10,000 fighters “control wide swaths of territory in southern Somalia, aided by the freedom of movement resulting from the government’s inability to effectively secure its territory.”

Pentagon officials have expressed alarm that in the past two years, two Shabab operatives were arrested while taking flying lessons or seeking to do so — one in 2019 in the Philippines and another a year later in an African country, intelligence officials say. Those arrests carried eerie echoes of the original Sept. 11 plotters, who trained to fly jetliners, but other American officials said the threat to the United States from these plots was exaggerated.

Most of the 700 troops withdrawn from Somalia in January moved to bases in nearby Kenya and Djibouti, where American drones that carry out airstrikes in Somalia are based. A small number of Americans — well under 100, military officials say — remained in Somalia to help coordinate information from surveillance aircraft that help track Shabab and other militant threats.

But the military’s experiment since then in virtually training Somali security forces from afar or in brief visits by military advisers commuting from Kenya or Djibouti has been bumpy, officials said.

The Africa Command has quietly but steadily lengthened the duration of periodic visits to Somalia by its Special Forces trainers, from a few days to a few weeks. The goal is to help enhance the quality of the training, as well as to buck up the morale of the Somali forces, two officials said.

Special Forces officers say that without a permanent training presence or at least lengthier training visits, the combat effectiveness of the Somali forces will erode.

Somalia is struggling to schedule parliamentary and presidential indirect elections in the coming months, and the removal of American troops could complicate efforts to keep election rallies and voting safe from Shabab bombers. The withdrawal also came at a time of political turmoil in neighboring Ethiopia, whose army has also battled the Shabab.

“From my perspective, there are probably significant downsides to the pullout from the perspective of cost and effectiveness,” Mr. Maier told the Senate Armed Services Committee. 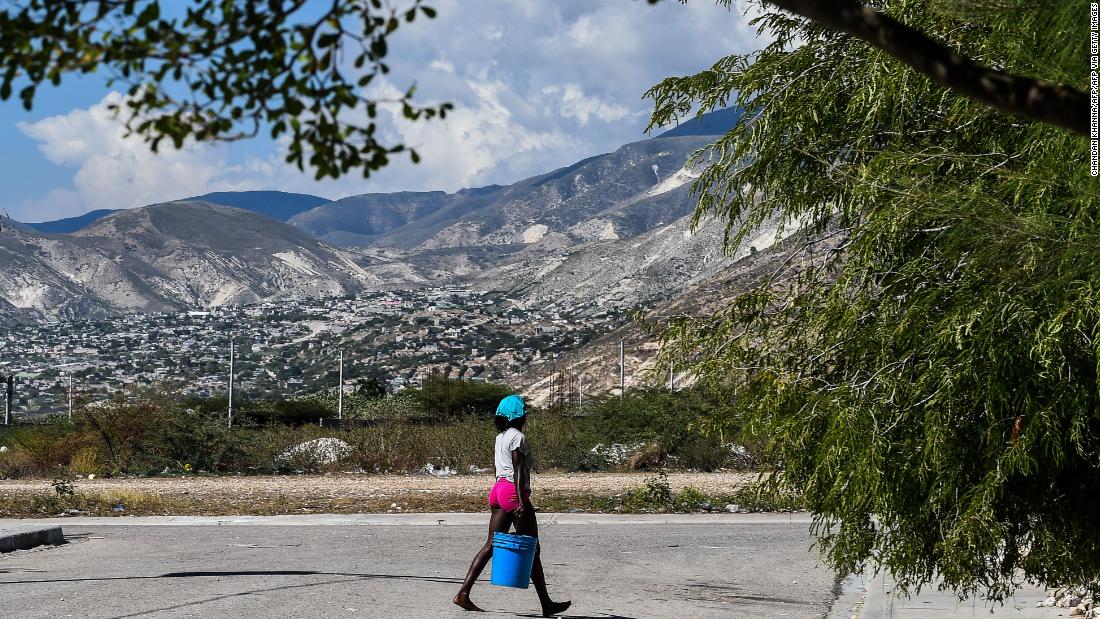 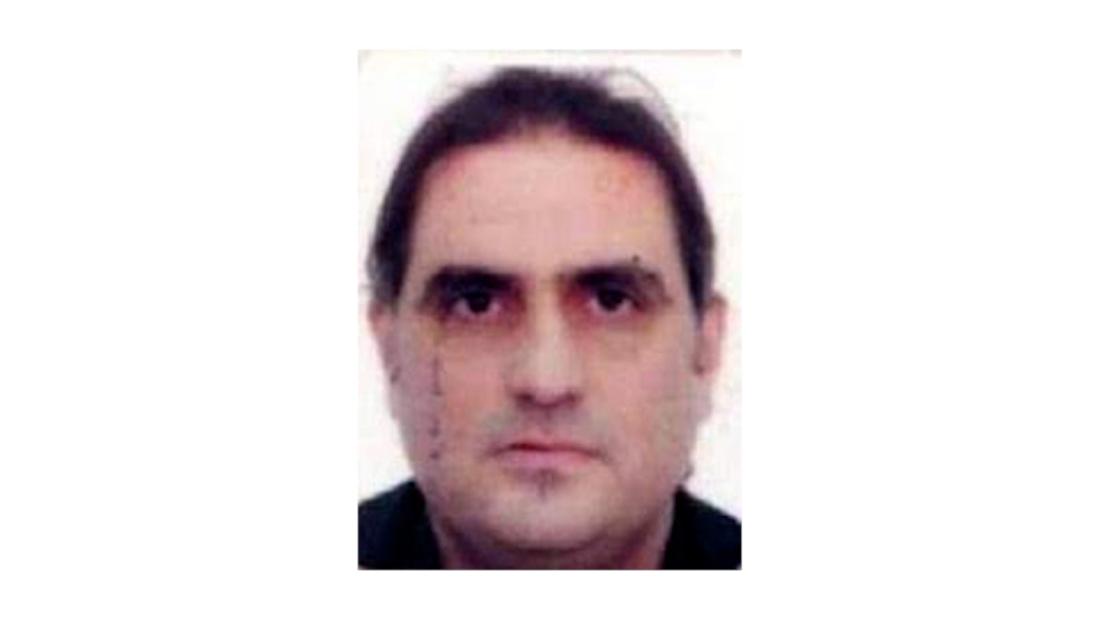